The bills would ban food service establishments from using disposable polystyrene foam containers and plastic stirrers, limit the distribution of single-use plastic straws, put a 50-cent deposit on “nips” miniature alcoholic beverage bottles and provide for the sanitary use of multi-use food and beverage containers owned by consumers.

“We have to face the fact that our landfill is going to reach capacity in 13 years if we don’t drastically cut back on the trash we are producing. We need to change our habits,” said Chairman Bennett (D-Dist. 20, Warwick, Cranston). “Single-use food containers, particularly the ones that aren’t recyclable, are a huge source of waste and litter. But we have great alternatives, and small changes can make a difference. We need to take real action – sooner, not later – to stop filling our landfill, our ocean, our streets and the rest of our environment with so much unnecessary waste.”

Chairman Bennett’s committee is scheduled to hold a hearing today on his bill (2021-H 5113) to require a deposit on miniature alcoholic beverage containers. The bill would require every such bottle to be stamped to indicate its refund value, which must be at least 50 cents. Retailers would be required to take back the bottles and refund the deposits, and redemption centers could also open for the purpose of taking them back. Bottlers would be required to take back the bottles from retailers, distributers and redemption centers.

The bill, which would take effect Jan. 1, 2022, would also prohibit connecting devices such as six-pack rings unless they are made out of degradable materials.

His bill to ban disposable expanded polystyrene foam containers and plastic stirrers (2021-H 5138) would apply to restaurants and any other establishment where prepared food is served, including farmers’ markets, food pantries and nursing homes, although the bill does include exceptions for hospitals and “Meals on Wheels”-type programs.

The bill, which would take effect Jan. 1, 2023, would prohibit such establishments from providing food in single-use containers and cups made in whole or in part of blown, expanded or extruded polystyrene foam, or from providing beverage stirrers made from plastic. The bill is intended to apply to items like takeout containers and cups as well as egg cartons and trays that hold items like meat.

Polystyrene foam has long been used for packaging because it is cheap to produce, lightweight to ship and effective at retaining both heat and cold. However, it is not often cost-effective to recycle and does not biodegrade. It also breaks apart easily and floats, which makes it dangerous to animals that mistake it for food.

Banning it would mean foam containers would be replaced with less harmful containers, including those that are accepted for recycling in Rhode Island, Chairman Bennett said.

Chairman Bennett has also reintroduced his legislation to cut down on disposable plastic straws. The bill (2021-H 5131), which would take effect upon passage, would not be an outright ban, but would prohibit food service establishments from providing plastic straws unless requested by the consumer. California has a similar law, and many municipalities have also adopted limits or bans.

“Eliminating or reducing these wasteful packaging products will help Rhode Island address some of our problems with solid waste, and it will also help address the problems worldwide. Every state, county and municipality that joins the growing call for less wasteful packaging creates a demand for packaging that is better for the earth,” said Chairman Bennett.

The final bill (2021-H 5152) would provide that clean, consumer-owned food or beverage containers could be filled at food service establishments by either employees or the customer as long as they are filled in a contamination free transfer process and they are either isolated from serving services or the surface is sanitized afterward. The bill would protect food facilities from liability for food safety related issues associated with consumer-owned containers, as long as there is no showing of gross negligence to comply with those safety standards. The bill would take effect upon passage.

A curfew in one Minnesota city is over after a police shooting protest continued overnight. A 20-year-old Black man was killed during a traffic stop yesterday, triggering a march to the police department in Brooklyn Center. Hundreds clashed with officers, who fired tear gas.

&nbspFamilies who've lost loved ones to coronavirus can start applying today to get money for funeral costs. FEMA says although it can't change what happened it can help pay for expenses they didn't anticipate. The COVID death toll now tops 560-thousand.

&nbspThe head of the Federal Reserve says the worst thing they can do is open too soon and cause a coronavirus surge. Chairman Jerome Powell told CBS's "60 Minutes" that's the biggest risk to the nation's economy. He says the biggest threat is a cyber breach.

&nbspMore cleanup is happening today after severe storms hit the South over the weekend. At least three people died -- a 17-year-old girl in Florida and two people in Louisiana. Hail damaged cars in Texas and Alabama, Mississippi had flooding and a tornado left debris in Florida.

&nbspMore companies are joining efforts to expand voter access in the wake of Georgia's new election law. Dozens of chief executives reportedly discussed what could be done during a Zoom call over the weekend. Delta and Coca-Cola are also speaking out against the law.

&nbspThe first man from Japan to ever win a major championship says he hopes this opens the floodgates for his country. Hideki Matsuyama won yesterday's Masters by one shot. The 29-year-old said he's thrilled and honored to take the green jacket back to Japan. 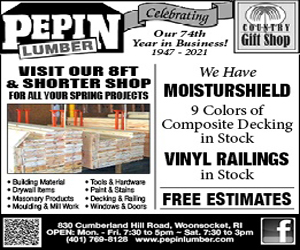